Elba Island offers a marvellous variety of scenery, from small hidden coves to long sandy beaches; each corner of Elba holds its own special surprise for visitors. The island is washed by crystal clear water in every shade of blue – a paradise for divers.

It’s wooded hills make it ideal for hikers, it’s panoramic roads so popular with mountain bikers. Those in search of culture will find it’s ancient churches and museums a pleasant alternative to seaside activities.

The Island of Elba is the third largest Italian island after Sicily and Sardinia and is the largest in the Tuscan Archipelago.

It has recently become part of the Tuscan Archipelago’s National Park together with the islands of Pianosa, Capraia, Montecristo, Giglio and Giannutri.

Elba has a coastline of 147 km: its main mountain (Monte Capanne) is 1019 metres high, accessed via pathways or by a panoramic cable car.

Measuring 224 square kms, the island is situated 10 kms from the mainland with an excellent ferry boat service taking only one hour from Piombino to Portoferraio (the island’s main town).

Elba has approximately 30.000 inhabitants, of these, 11.000 live in Portoferraio. The island is divided into 8 administrative “Communes”.

Already in acient times Elba’s destiny was always determined by two factors: its strategic position and the richness of its mineral resources. Due to these characteristics, it was often the object of conquest for the various powers along the Mediterranean. For the Etruscans and the Romans Elba represented an inexhaustible source of riches and the iron from Elba contributed to the prospering of their civilazation.

During the Medieval period Elba was dominated by Pisa. The remains of some important and striking defensive structures testify the importance of possessing the island. The Appiani Lordship followed, as did the attentions of Cosimo de Medici, who built “Cosmopoli” on top of the ruins of the Roman city of Fabricia – now the capital Portoferraio – and had it surrounded with the impressive walls that saved the inhabitans from many pirate raids. The Spaniards settled in Porto Azzurro and they too made sure to construct defenses on their territory – the imposing San Giacomo Fort still dominates the pleasant landscape.

In the more recent history, the period that made this island famous and placed it on the world map was the brief exile of Napoleon, who stayed here for 10 months prior to his 100 days adventure which was finished in Waterloo. Bonaparte left a significant mark of his short reign: important reforms and buildings like his Townhouse “Villa dei Mulini” in Portoferraio and his impressing summer residence “San Martino” – which are now museums and can be visited.

The island first opened to tourism soon after 1950 but has managed to preserve it’s waters, flora and fauna thanks to its local administration and inhabitants.

A tiny airport services the island, permitting only small planes to land from a few privileged european cities. Most visitors arrive by car, others by train travelling to Piombino Marittima station which is very close to the ferry departures.

Elba Island seen by one of our special guests 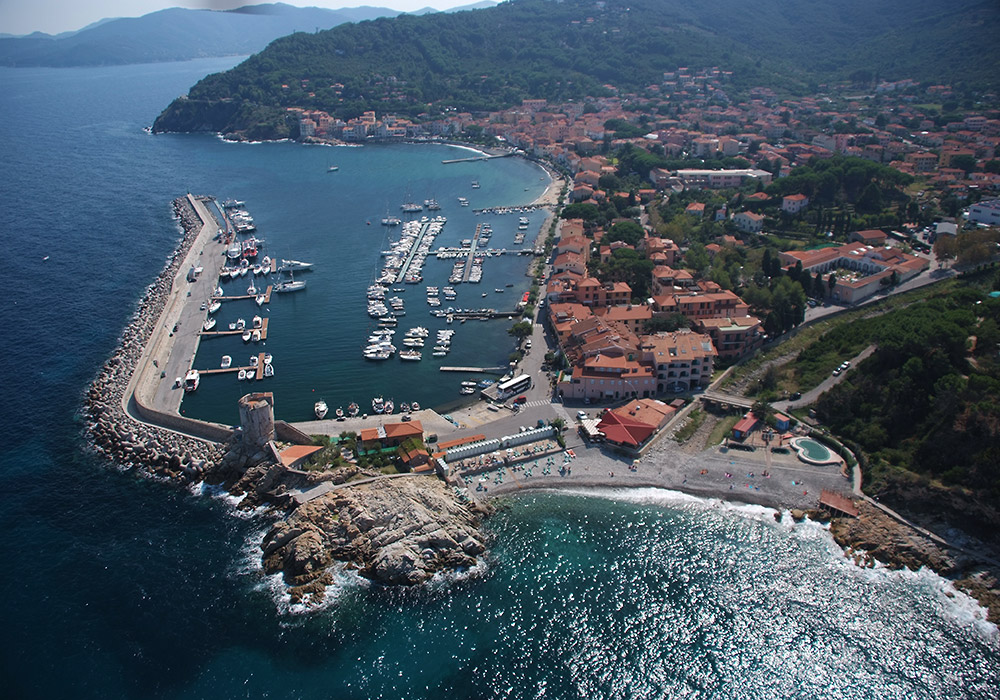 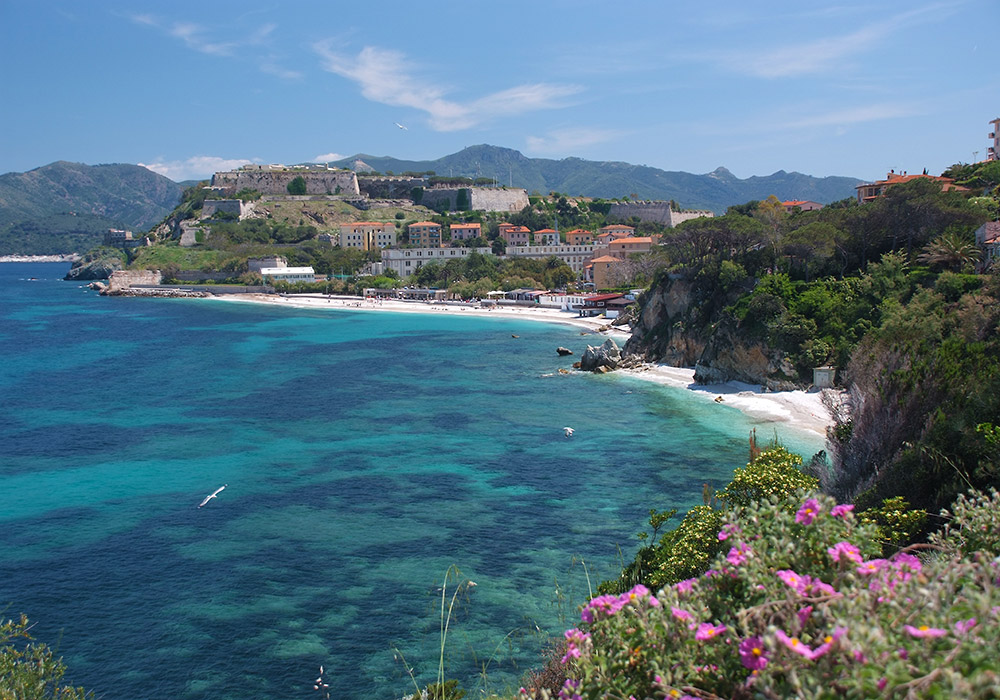 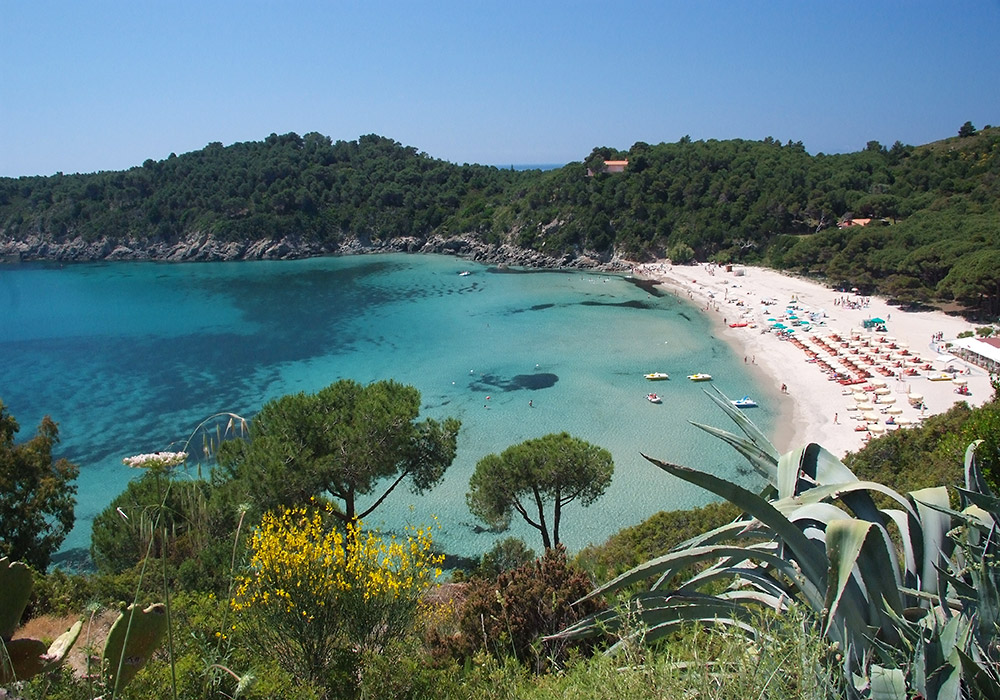 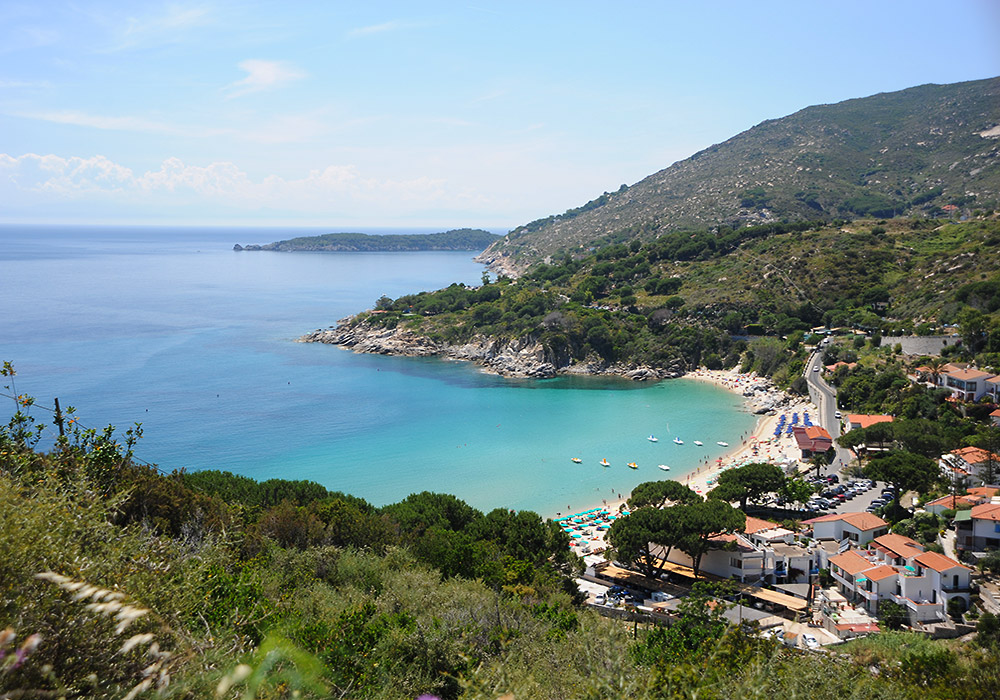 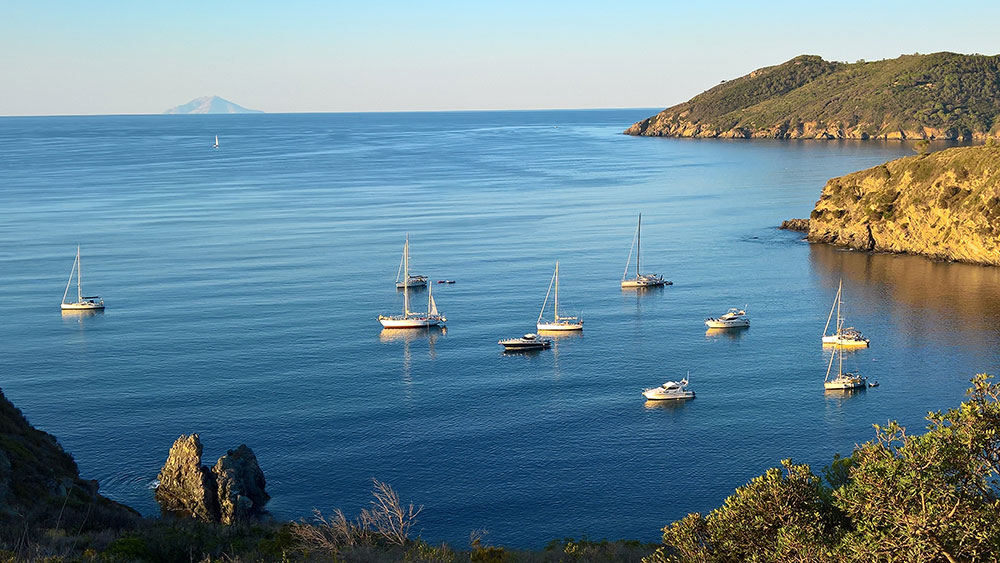 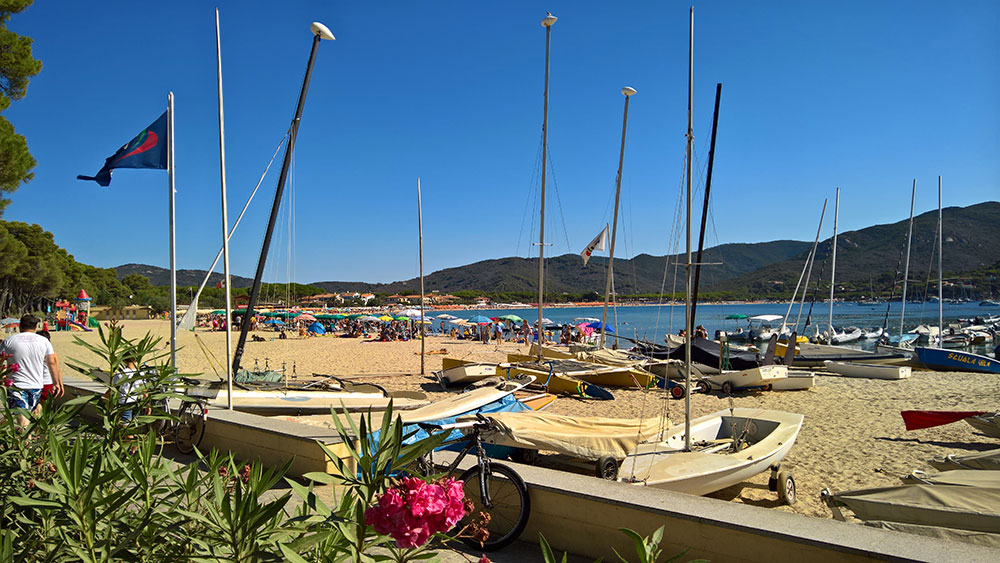 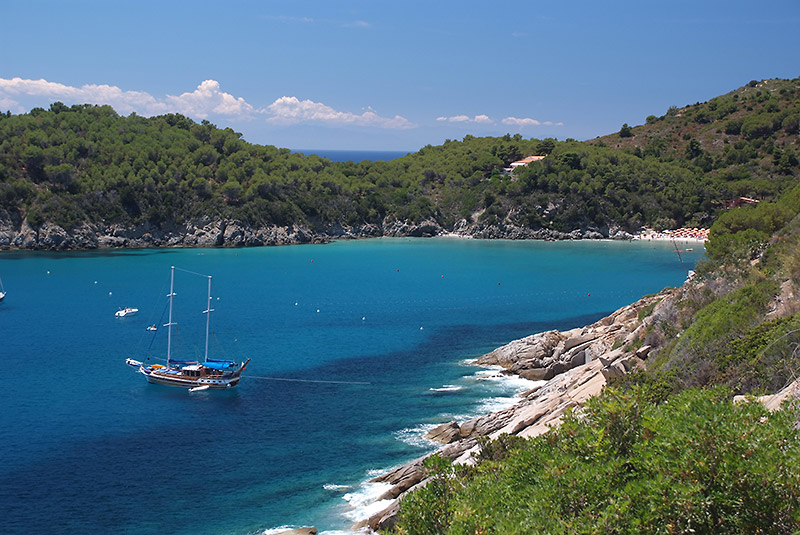